ATLANTA, Ga. -- The 6th National Rx Drug Abuse and Heroin Summit expands with an international focus on the influx of illegal drugs flowing from foreign countries into the United States.

The second morning of the summit, attended by nearly 2,400 people, kicked off with a keynote address from Assistant Secretary of the U.S. State Department's Bureau of International Narcotics and Law Enforcment Affairs (INL), Ambassador William Brownfield, who warned that there is no effective solution to our country's epidemic that does not involve an international component.

“At a time when the United States is facing our first full-blown drugs crisis in years, with the roots of this epidemic starting far beyond our U.S. borders, the Atlanta Summit provides a timely opportunity to discuss how we can more effectively work – both at home and abroad – to confront this deadly challenge,” said Assistant Secretary William R. Brownfield, Bureau of International Narcotics and Law Enforcement Affairs, U.S. Department of State.

Ambassador Brownfield reported a rise in heroin production in Mexico and Afghanistan, while cocaine production is on the rise in Colombia. Meanwhile, China recently banned the manufacturing and sales of some variations of the lethal drug, fentanyl, which has caused a rapid increase of overdose deaths in parts of the United States.

U.S. Senator Ed Markey (D-Mass.) shared his concern for the rapid rise of deadly fentanyl overdoses in his home state of Massachusetts where fatal overdoses from the drug jumped from 900 in 2015 to 1,500 in 2016. He said fentanyl, known as "white china" on the black market, is 50 times more potent than heroin.

“We know the opioid epidemic does not discriminate on the basis of age, gender, race, ethnicity, or economic status," said Sen. Markey. "Whether you are in Lexington, Massachusetts or Lexington, Kentucky, the tragedy of prescription drug, heroin and fentanyl overdoses is impacting all of us. We must stand united to prevent and end this crisis of opioid addiction in our communities now and for all generations to come.”

More than half a million people died from drug overdoses from 2000 to 2015, according to the Centers for Disease Control and Prevention (CDC).

To help address the nation's addiction crisis, three members of the U.S. House of Representatives served as panelists to discuss federal legislation designed to curb the tide of drug abuse across the country.

"Through the combined implementation of CARA and Cures, we are truly attcking the drug epidemic from every angle," said Congressman Hal Rogers, founding co-chair of the Congressional Caucus on Prescription Drug Abuse. "These laws are comprehensive in scope, aiming to boost critical medical research, grants for community prevention strategies, funding for prescription drug monitoring programs, naloxone dispensing, treatment and intervention, as well as providing critical care for pregnant mothers who battle addiction and infants suffering from neonatal abstinence syndrome."

“As the only pharmacist in Congress, I have been blessed to watch prescription medications save lives,” said U.S. Rep. Earl L. “Buddy” Carter (R-GA). “At the same time, I have watched as addiction to the them ruined careers, families, and lives. Abuse and addiction to prescription opioids and heroin has become an epidemic in our nation and something needs to be done. That is why the National Rx Drug Abuse and Heroin Summit is so important to discuss and create solutions. Together, we can and will overcome this crisis.”

Congressman Pat Meehan from Pennsylvania shared his concern for addiction among young athletes, improving access to Veteran Treatment Courts and a new partnership between nurses and families for children born to drug-addicted mothers.

"A close family friend lost his son to heroin last year. He was a Cornell lacrosse player who suffered a knee injury and was prescribed prescription painkillers to help manage the pain after surgery, which led to addiction and eventually to heroin use and a criminal record," said Rep. Meehan, who introduced the bill in memory of Decker last year. "Too many kids and student athletes succumb to a heroin habit that started with a prescription from a doctor. We must educate parents and students about this danger."

The legislation would require the CDC to study youth athlete opioid education and make public recommendations on dangers for students, coaches and parents. 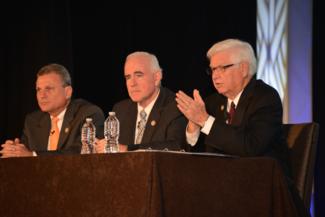 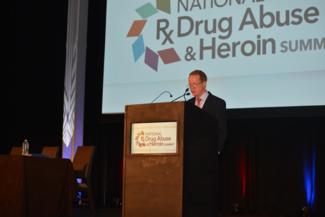 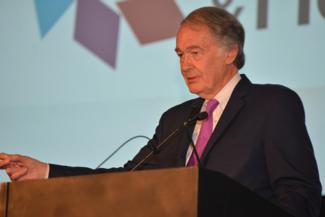