The first place winner is Lyjesta Buker, a junior at North Laurel High School. Lyjesta's graphite portrait of a young woman entitled "The New Noir" displayed great artistry and detail. She is the daughter of Michele Buker-Bowles and her art teacher is Tony Johnson. Lyjesta will recieve two airline tickets from Southwest Airlines to attend a national reception in Washington, D.C. along with all of the 2018 winning artists from across the country.

"Going to DC has always been on my bucket list, but I never dreamed I would be going to see my artwork hanging in the Capitol Building," said Buker, the winning artist. "It's an incredible honor to win this competition."

"Our region has a number of incredibly talented artists and this competition provides a way to highlight our students' work on the national level," said Congressman Rogers, who hosts the competition for Kentucky's Fifth Congressional District each year. "Lyjesta's graphite drawing will captivate thousands of visitors in the Capitol Building throughout the year, representing southern and eastern Kentucky."

The second place artwork entitled "Great Depths" was submitted by Taylor Bussey, a senior at Paintsville High School. Her acrylic painting features an octopus in the great depths of the ocean.

The third place artwork entitled "Tradition" was created by Peyton Duncan, a junior at Johnson Central High School. Peyton's artwork depicts how Christianity is passed down from one generation to the next.

All of the artists will receive a Congressional Certificate of Recognition and a letter from Congressman Rogers for their participation.

For more information about the Congressional Art Competition, click here.

The Congressional Art Competition, sponsored by the Congressional Institute, was initiated by Congress in 1982 to provide an opportunity for members of Congress to encourage and recognize the artistic talents of young people living in their districts. More than 650,000 students have participated in the competition over the last 30 years. 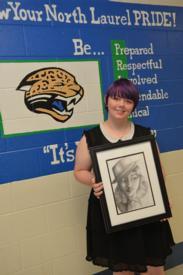 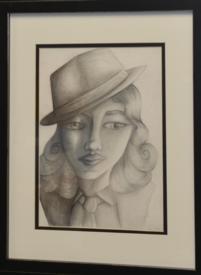 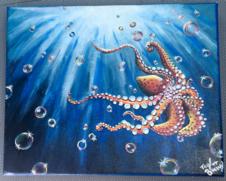 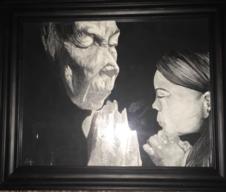