"We are delivering on the President's promise to make meaningful tax reform that will simplify the tax code, allow you to keep more of your hard-earned paycheck and help our job creators put more people back to work," said Rogers, who voted for H.R.1. "It lowers tax rates across the board. In Kentucky, the average family will get to keep nearly $2,000 more of their paychecks each year. In Eastern Kentucky, more than 43,000 taxpayers claim the child tax credit, which will increase from $1,000 per child to $1,600 per child under our plan."

The legislation roughly doubles the standard deduction, meaning the first $12,000 of income for a single person will be tax-free and it increases to $24,000 for married couples.

For those who prefer to itemize their tax returns, the legislation preserves important deductions, like mortgage interest, that make the dream of home ownership a reality.

In Kentucky, the bill is expected to create nearly 13,000 new jobs. The 38,000 small business owners in Eastern Kentcky will experience a tax deduction and the job-killing corporate tax rate will be cut from 35% to 20% to spur job creation.

"Finally, the days of complicated itemized tax returns will be a thing of the past. Ninety percent of Americans will be able to file their taxes on a simple postcard," said Rogers.

The bill now moves on to the U.S. Senate for consideration. 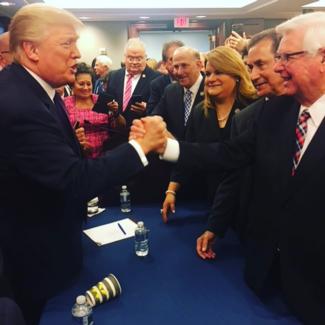