"Over the last four decades, the Jackson Weather Service has protected our people from flash flooding, tornadoes and other severe weather events, and the employees deserve to have this basic resource, rather than relying on gallons of water for basic needs," said Rogers, who supported the project. "This is one of countless projects supported by the Appalachian Regional Commission (ARC), and that's why I continue to fight to protect the ARC from proposed elimination in the President's budget."

The ARC awarded $215,000 for the project and the Jackson Weather Service invested $75,000, alongside the Breathitt County Fiscal Court.

The water extension project is expected to be finished by the end of the year. 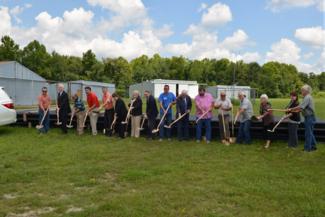 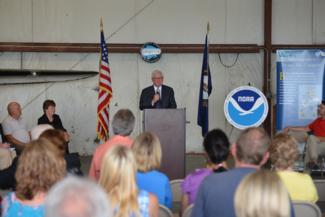 Congressman Rogers speaks to attendees at the ground-breaking ceremony