Rogers was the keynote speaker for a joint meeting of the Southern Kentucky and Knox County Chambers of Commerce at the Williamsburg Tourism and Convention Center. He presented an update about on-going work in Washington, DC and Kentucky's Fifth Congressional District, including new grant funding opportunities to reclaim abandoned mine lands and repurpose them for economic development projects, the Shaping Our Appalachian Region (SOAR) initiative, and the KentuckyWired project that will connect every county in the state to high-speed, high-capacity broadband.

"For the first time in Eastern Kentucky's history, we are in the mix and broadband will place us in world-wide competition," said Rogers, who helped launch the broadband project through the SOAR initiative.

Rogers also visited CSRA, inc. in Barbourville where he spoke with nearly 100 employees. The facility supports the work of federal agencies, including the Department of Homeland Security, the Federal Bureau of Investigation and the Department of Health and Human Services.

"I'm thrilled with what you're doing," said Rogers. "The way we process information has drastically changed. With the advent of KentuckyWired, broadband will allow this company and countless more to expand operations, giving more people the opportunity to stay in Eastern Kentucky to work and raise their families."

The KCEOC Community Action Agency (CAA) also hosted Congressman Rogers for a meeting with directors of nine CAAs in Eastern Kentucky. They discussed the impact of programs, like Head Start and heating assistance in the region. 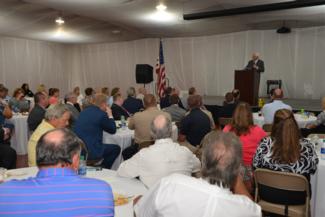 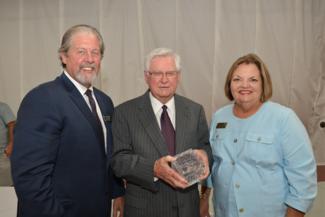 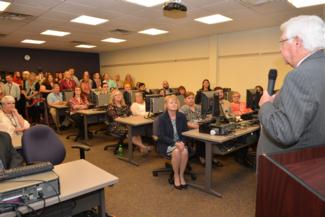 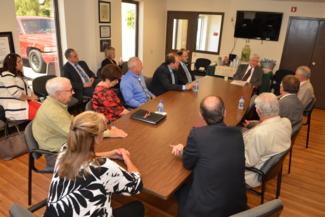 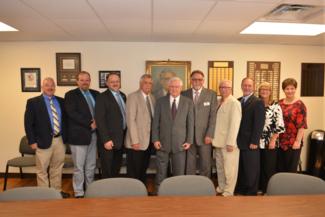 Rogers has served Kentucky’s 5th Congressional District since 1981. With a focus on economic development, job creation, fighting illegal drugs and preserving Appalachia’s natural treasures, he has a reputation for listening to his constituents and fighting for the region he represents. For more information, visit Congressman Rogers' online office at http://halrogers.house.gov or follow him on Twitter or Instagram @RepHalRogers, and on Facebook.