Davis' family was presented with the Bronze Star Medal with letter "V" device during a ceremony on Wednesday at the World War II Memorial on the National Mall. Three other members of his valiant tanker crew were also awarded Bronze Stars during the ceremony, including Cpl. Clarence Smoyer, a tank gunner from Pennsylvania who is now 95 years old.

"It is fitting for Mr. Davis and these incredible heroes of World War II to finally receive the long overdue recognition they deserve on the grounds of the World War II Memorial. Together, his team led a valiant effort to secure a critical bridge in Cologne, Germany, while taking direct fire from enemy lines 74 years ago. Today, the Army rightfully expressed the gratitude of our nation for their determination and success," said Congressman Rogers. "I was proud to welcome the Davis family in Washington, DC to show my personal appreciation, on behalf of Kentucky's Fifth Congressional District, for Mr. Davis' brave service and sacrifice. They said Mr. Davis returned home after the war and worked as an electrician at Morehead State University until his passing in 2004 - a quiet, unsung hero."

Click here to watch a video clip of the ceremony. 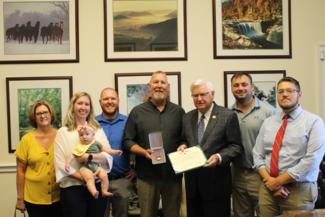 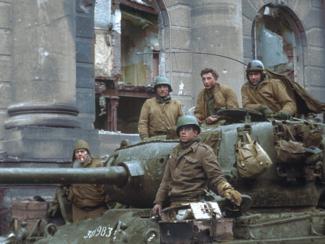 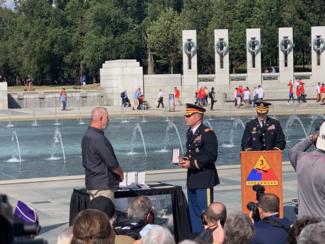