"They learn what it means to be a servant leader. They learn what it means to be about the other guy more than yourself. The greatest thing about Eastern Kentucky is you're about each other,"said Coach Calipari. "When you make life about others it becomes easier, way easier, way more rewarding than wins and losses and money. It's 'how can I help someone else achieve' and...you have that here. That's why businesses will come here, and when they come here they will thrive."

The morning session closed with a joint announcement from Congressman Rogers and Governor Bevin touting a $200,000 grant for the Southeast Kentucky Economic Development Corporation (SKED) from the Appalachian Regional Commission (ARC) to help Eastern Kentucky companies become ISO certified, which is often required for government contracts. In conjunction, SKED will host a Defense Contracting Symposium on October 19th at the Corbin Center in Whitley County to provide information about how to prepare for government contract work.

"We have some of the best machinists in the country and I believe we should be fueling our nation's military with our skills,"said Congressman Rogers. "The grant will help 12 companies become ISO certified, elevating our regional resume for better paying jobs and federal contract opportunities."

Several potential new employers attended the summit to learn more about Eastern Kentucky and the ongoing work to attract new industry to the region.

"This is an area where people want to work, where there is pride in what is done. Where people have a sense of loyalty and a sense of home, and a sense of roots, and a sense of commitment,"said Gov. Bevin. "What I love about the people of Eastern Kentucky, the SOAR region, is you're not afraid of hard work. That's why it's working. When one part of the state is doing well, so too is the other, and it's starting to spread from east to west."

Jared Arnett, Executive Director of SOAR also announced $10,000 in mini-grants funded by BB&T and a $2,000 grant generated by proceeds from the SOAR 5K race held in June. The $2,000 SOAR mini-grant was awarded to Manchester Memorial Hospital's Telehealth Program.

Arnett also announced new opportunities will be created in the next several months to connect more businesses with SOAR activities.

If you missed the SOAR Summit, you can watch portions of the conference on WYMT.com, KET.org and EKBTV.com 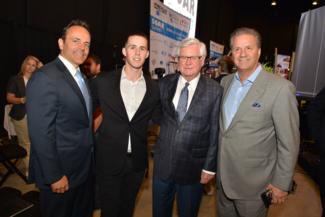 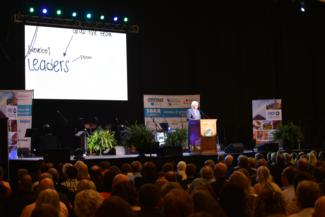 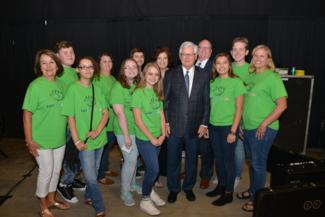 Students from Oneida Baptist Institute and Clay County High School performed their original song "Stay in Clay" at the SOAR Summit, which received a standing ovation from the 1,250 attendees