"I join the people of Leslie County who are calling on the FNU Board of Directors to return the original stained-glass window to its rightful place at St. Christopher's Chapel, where Mary Breckinridge's mission of love first began," stated Congressman Rogers in the letter. "Quite frankly, the action taken by this board to quietly remove the stained-glass window, as well as the educational operations from Leslie County, does not align with Mary Breckinridge’s legendary heart of service and courageous action for the Appalachian people."

"Mary Breckinridge pioneered a selfless passion for healthcare that often gets lost in a world of greed today. Her courage of conviction to brave the mountainsides and cross rushing waters on horseback just to help mothers and babies in one of the most impoverished parts of the country continues to inspire rural healthcare providers even now," said Congressman Rogers.

Congressman Rogers encouraged the FNU to use a replica of the window on the Versailles campus and return the original to the people of Leslie County. 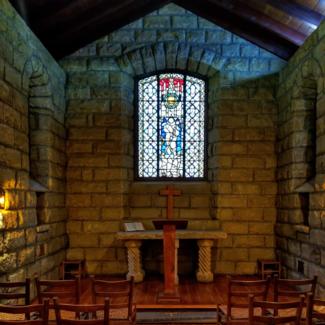